Muscle Relaxing Injections – Are All Brands The Same? 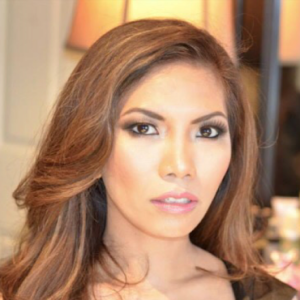 Injectable skincare is in high demand for three reasons:

Let’s go back in time when muscle relaxing injections was discovered accidentally in Vancouver, BC, Canada.

Maclean’s interview snippet:
“Vancouver ophthalmologist Jean Carruthers and her husband, Alastair Carruthers, a dermatologist, pioneered the cosmetic use of (Term Forbidden by TGA), or Botox, in the late 1980s. It’s now been over 25 years since the FDA approved the use of the toxin, and the couple has strong views about the world’s most common cosmetic procedure and how it changed the world.
Q: Jean, you stumbled onto a cosmetic use for (Term Forbidden by TGA) when treating a patient with eye spasms. Was there any indication before that it could be used cosmetically?
Jean Carruthers: Alan Scott in San Francisco, with whom I went to work in 1982, had the great idea to use (Term Forbidden by TGA) A to treat people with benign blepharospasm, though there’s nothing benign about your eyes spasming. In three days, those people were driving again. Alan observed it relaxed frown lines, but that didn’t interest him. Then [in 1987] one of my blepharospasm patients got angry with me. She said: “You didn’t treat me here,” pointing between her brows. “When you treat me there I get this beautiful, untroubled expression.”
Alastair Carruthers: The next day Jean injected our receptionist, Cathy Bickerton, who had a deep line [between her brows] which was like a crevasse by about two in the afternoon; she was quite frightening to look at. Three days later, I looked at the result, and I said, “Wow!” We didn’t have anything to treat those lines. So, we started collecting patients and treating them. By 1990, we had ten patients; a year later when we presented data, we had 18.”

Its cosmetic applications have risen consistently since 2000. The treatment is used to soften the lines caused by facial expression and can be adjusted to ensure natural results. The duration of results is variable in between individuals but ranges from three to six months.

Medically speaking, it is still currently used to allow people living with cerebral palsy to have more freedom of movement.

Are There Any Differences Between Muscle Relaxing /Anti Wrinkle Injection Brands?

Forgive us for the fact that this article may appear a little cryptic. In Australia, the TGA does not allow S4 drug names to be advertised.  In this article the different brands will be known as;

Summary of Differences Between Brand X vs. B vs. D

1. The main difference between X and B or D, is that X contains just one ingredient: (Term Forbidden by TGA) A.

2. The manufacturing process is slightly different with all 3, which leads to some potential, subtle differences in clinical practice.

3. X is a “naked injectable,” meaning that it does not contain any additives. A benefit of a pure-form injectable is that the human body is less likely to become resistant to it. Some patients have developed antibodies to B and D.

4. X is the only one of the three (X, B, and D) injectables that do not need to be refrigerated before use, due to its lack of additives.

7. The average retail cost to a patient in Australia for  X treatment is between $250.00 – $400.00 every three months based on the recommended dose of 20 Units per treatment session, (ACM price).

9. X may be “mildly more convenient” than B or D, as the “product’s lack of complex proteins will help prevent antibody formation, or resistance to neuromuscular treatment with botulinum type A toxin, in patients being treated for neuromuscular conditions.”

12. D has been shown to “drift” or diffuse more than B, increasing the chances of an accidental droopy eyelid or unintentional relaxation of a neighbouring muscle due to diffusion of the product.

13. B and D are not interchangeable because the products are dosed and injected differently.

14. B, D, and X are safe for all skin types and skin colours. However, people who are pregnant, breastfeeding, or have any neurological diseases should not use these injectables unless approved by a qualified cosmetic doctor.

15. When considering cosmetic injectables as your skincare treatment, make sure you go to a highly regulated injector. We recommend going to a cosmetic physician.

Dr Targett is a trusted and leading cosmetic physician in Adelaide, call 0403 690 031 to schedule your appointment.

The HydraFacial is the treatment you need in your life to drastically improve your skin in just one session. It’s the only facial I’ve ever experienced that leaves you with instant skin gratification and a glow that long outlasts the typical one day, all with zero downtime. The Hydrafacial has instant radiance-imparting properties and uses

What Are Skin Boosters?

Skin Boosters are micro-injections composed of dermal fillers injected into the skin. Unlike traditional dermal fillers, they are not injected beneath the skin to volumise or shape the face. Instead, they are very fine dermal fillers that hydrate and improve skin quality. So, for those who aim for a dewy, glowing look, this treatment is perfect for you! Skin boosters are generally used